1. Fill in your personal information (some items are optional).

[Note: Click the “gear” icon to the right to enable editing.] 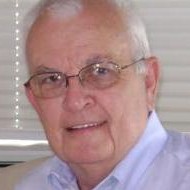 This user has not added any information to their profile yet.

Note: Click the "gear" icon above to make changes.
Nickols

I was born in 1937, in Fort Madison, Iowa. I grew up there, and in Burlington, and, after graduating from high school in Fort Madison, I joined the Navy in 1955. There, I was trained as a technician, a classroom instructor, a writer of programmed instructional materials, and an internal OD consultant. I served until 1974, retiring as a decorated Chief Fire Control Technician (FT), responsible for the operation, maintenance and repair of complex shipboard weapons control systems (guns and missiles). I was awarded the Navy Achievement Medal for identifying a design flaw in the computer system that controlled my ship’s guns and for devising a workaround for the flaw which gave my ship and others like it an additional 5,000 yards of usable gun range. After retiring from the Navy,I took up a career in consulting. That proved quite successful and resulted in two positions with clients: (1) as Senior VP for Systems and Operations at Monarch Financial Services in NYC in the late 1980s, and (2) as an Executive Director at Educational Testing Service (ETS) in Princeton, NJ from 1990 to 2001. I left ETS in 2001 to return to consulting. Nowadays I am mostly retired but I still write, publish, participate in online discussions and have a client or two. My core belief is that human beings are "living control systems" and our behavior is best understood as the means by which we control our perceptions of selected aspects of the world around us.